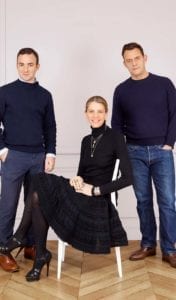 This new strong trend is no coincidence though; behind the wicker’s revival stands a duo of passionate tastemakers who founded Atelier Vime – a word deriving from the Latin noun vimen that means both a slender woody shoot and a basket. Anthony Watson and Benoît Rauzy fell in love with wicker when they moved to Vallabrègues, a village in the South of France known for its longstanding tradition of making wicker using the reed harvested in the nearby region of Camargue. First, they started to collect important 20thcentury wicker and rattan pieces, then they decided to get more involved with the local artisans by creating their own original pieces and start up a collection.