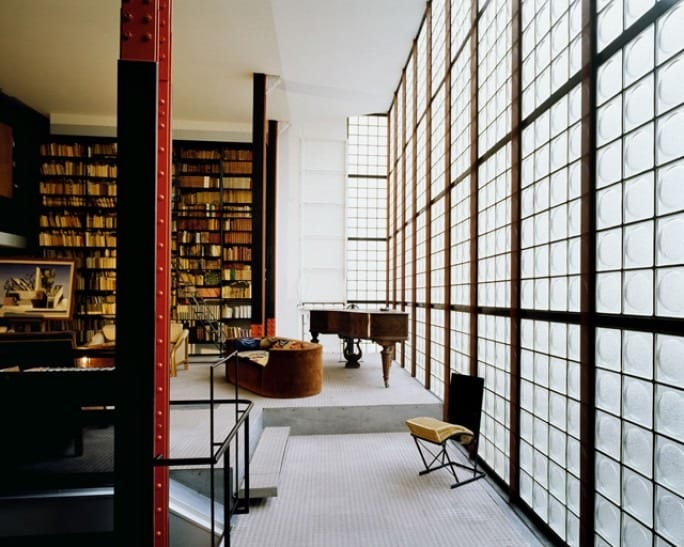 “No house in France better reflects the magical promise of 20th-century architecture than the Maison de Verre,” wrote architecture critic Nicolai Ouroussoff in the New York Times about the groundbreaking project by Pierre Chareau. Arguably one of the most influential works of modern architecture, the « House of Glass » stands as the most innovative example of Chareau’s genius.

The visionary designer brought modernity into interior decoration by his pioneering use of wood, glass and metal. By the mid 1920s he had joined the prestigious Société des Artistes Décorateurs and, in 1929, he co-founded the “Union des Artistes Modernes”. With some of his like-minded peers – including Robert Mallet-Stevens and Jean-Michel Frank – he befriended the most sought-after artists of his time, Max Ernst, Joan Miró, Amedeo Modigliani, Louis Aragon, Paul Éluard and André Breton to name abut a few.