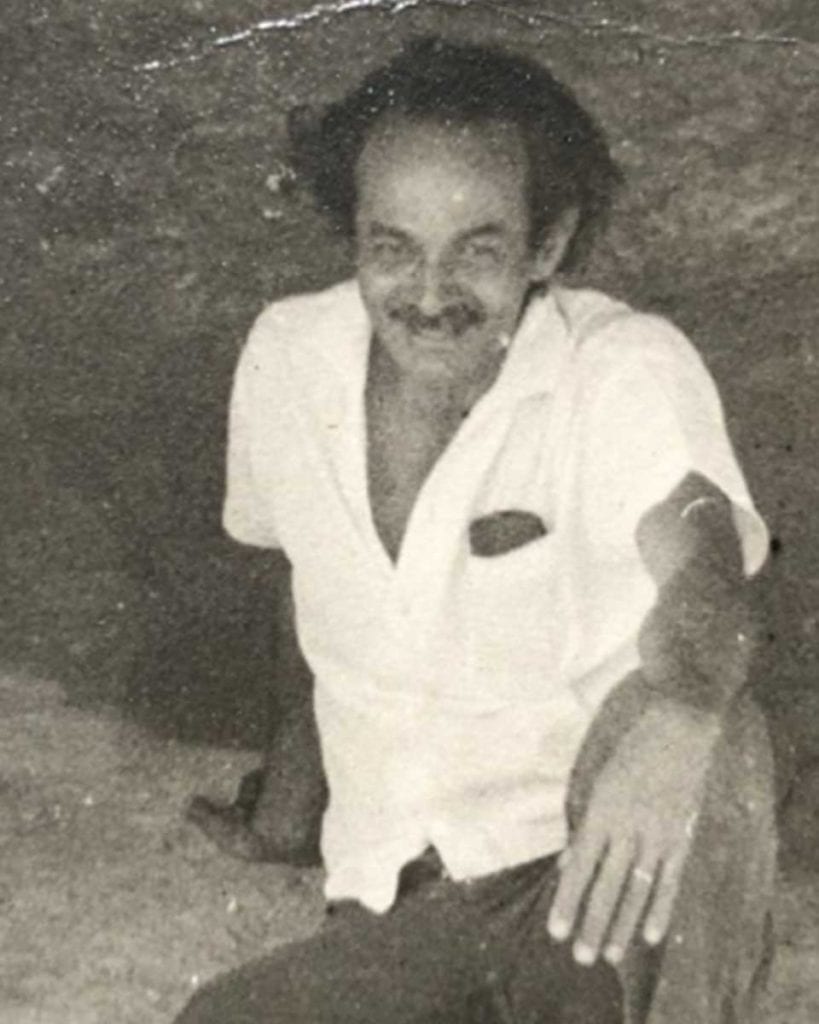 Meet one of the Brazilian masters of modernism, celebrated by The Invisible Collection

Who was José Zanine Caldas? A self-thought designer, Zanine started experimenting with wood and cardboard in his early teens. After taking some private drawing lessons, he moved to Sao Paulo, where he began working as a designer. He then moved to Rio and opened his own workshop constructing architectural models, soon catering for all major architects in the likes of Lúcio Costa, Oswaldo Arthur Bratke and Oscar Niemeyer. By 1949, he was back in Sao Paulo, where he opened a new studio, the “Móveis Artísticos Z”, where he conceived some modernist influenced furniture using plywood, and thus embracing a new movement of affordable, mass produced design for everybody. Persecuted by the military regime, Zanine was forced to resign his teaching position at the University of Brasilia in 1964, and not until 1987 could he resume his tenure at the faculty. These long years spent outside the academic world became an opportunity for Zanine to return to his native Bahia region, and build houses designed to blend into the natural topography of the land, making a strong ecological stand. His ideas and designs came together in a unique mix of traditional and more contemporary influences, favoring locally sourced and self-sustained materials that would not endanger the ecosystem. In the 80s, Zanine founded a new workshop in Nova Viçosa, where he resumed the traditional techniques of woodcarving and tried to revive the local artisanal know-how: his dream was to transform the area into a cultural crossroad for architects and artists who shared his concerns for the environment. In the last part of his life, he became a strong advocate for the preservation of the country’s forests, all too aware of their systemic destruction. He died in 2001, his fame bigger abroad – specifically in France, where the Academy of Architecture awarded him the Silver medal- than in his own country.

His Legacy. “José Zanine Caldas was a sublime interpreter of the relationship between man and nature; creativity and sophistication; uniqueness and repeatability. And through his multicultural evolutions and its multifaceted relation with society and with its environmental challenges, he can be defined as a revolutionary of his time”, writes Etel Carmona in an introduction to Zanine’s work. Despite being a self-taught designer, José Zanine Caldas possessed unsurpassed skills, and could transform wood into magnificently sensual pieces, understanding the full beauty and potential of this precious material. Zanine knew how to embrace the cracks and natural curves of the wood, and interpret them, turning them into original sculptural pieces, with an organic feel. Favoring native woods like pequi, acajou and vinhático, he always tried to stay true to his philosophy of protecting nature and preserving traditional handcrafting. Most of his designs tap into the modernist aesthetics whilst bearing exceptionally unique shapes: form and function revisited with a twist, one could say. Take for instance some of his standout signature pieces such as the Y chair, the V dining chair, the F armchair and R  armchair, the zc2 coffee table, or the zc desk, beautifully carved from ipe (Brazilian walnut) wood.  All these pieces stand the test of time; they speak of sensual creativity and unsurpassed originality.