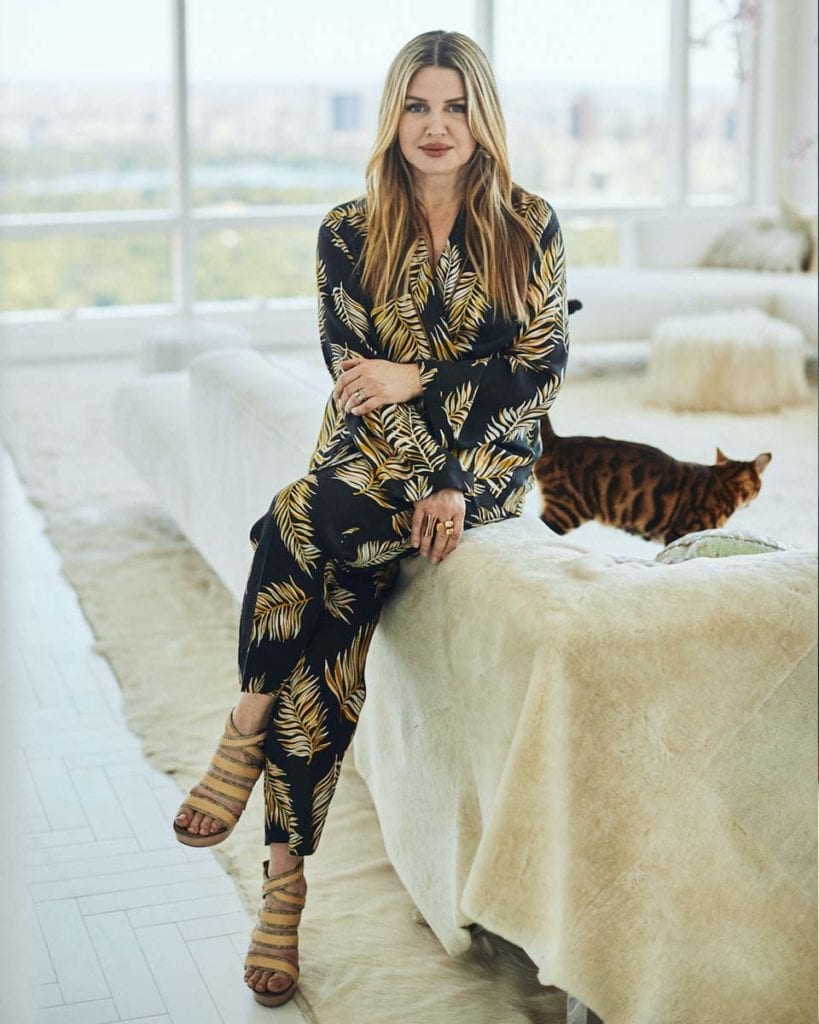 For any enquiry regarding the work of Kelly Behun

Kelly Behun grew up in Pittsburgh, Pennsylvania, and attended the Wharton School at the University of Pennsylvania. Upon moving to New York she joined Ian Schrager Hotels’ in-house Design Studio where she trained under architect Anda Andrei and worked with renowned designers Andrée Putman and Philippe Starck.  While there she was an integral member of the design team that created a number of their most iconic properties including the Delano in Miami, Mondrian in Los Angeles, and Royalton, Paramount, Morgans and Hudson hotels in New York City. Her namesake Studio, founded in 2005, has become known for its comprehensive and highly bespoke approach to interior design projects, and its exclusive line of furniture, lighting, rugs and home accessories. Kelly is an Architectural Digest AD100 Interior Designer and a member of Elle Décor Magazine’s A-List of Interior Designers.

“I love minimal, maximal and anything in between as long as it’s beautifully executed,” says Kelly when describing her style. Her most emblematic projects – whether it’s a townhouse in Manhattan or a mansion in the Hamptons – are always infused with the perfect alchemy of classic and timeless pieces mixed with an element of the unexpected. Favoring the juxtaposition of textures and styles, and driven by her strong artistic instinct, Kelly sees every space as a visual landscape of opportunity, and a means to explore how to best portray her clients’ own individual style. Labeled by the New York Times as “an interior designer with the eye of a gallerist,” Kelly has deep ties to the art world, and has always believed in the importance of including art in your home as it allows you to make a deeper and more emotional connection to your surroundings.

Her home in Manhattan, a jaw dropping glass-walled penthouse overlooking Central Park and beyond. This all-shades-of-white, stunning and ethereal apartment is the embodiment of Kelly’s artistry. Like many designers, Kelly sees her own home as a kind of laboratory in which to experiment and work out new ideas. In wanting the space to feel cloud-like and serve as a means to decompress from the 24/7 buzz of city life, her impulse to use an almost complete lack of color and pattern in a home alongside kids and pets, sounded a bit crazy to most.  But the result is a testament to her belief in taking the occasional risks for the sake of the aesthetic pay-off, and by using high performance fabrics and employing a range of textures and shades, the scheme has proven surprisingly durable.

“I am especially excited about a luxury residential building I am doing with architect Robert A.M. Stern.  It’s a beautifully classic brick and limestone building on Madison Avenue, just steps from Central Park and the Guggenheim Museum. I am doing all of the residential interiors as well as the public spaces – and with just 15 residences in all, each is unique and exquisite.”

In A Few Words…: Kelly Behun

Only hush tones around the Whisper Mirror by @dami

The gorgeous outdoor area at "Villa Odaya" in Cann

Papa Bear by @Pierre.Yovanovitch... Available on #

A duo of the gorgeous Djo Armchairs by Charles Zan

The "A" Ottoman designed by studioparisien is the