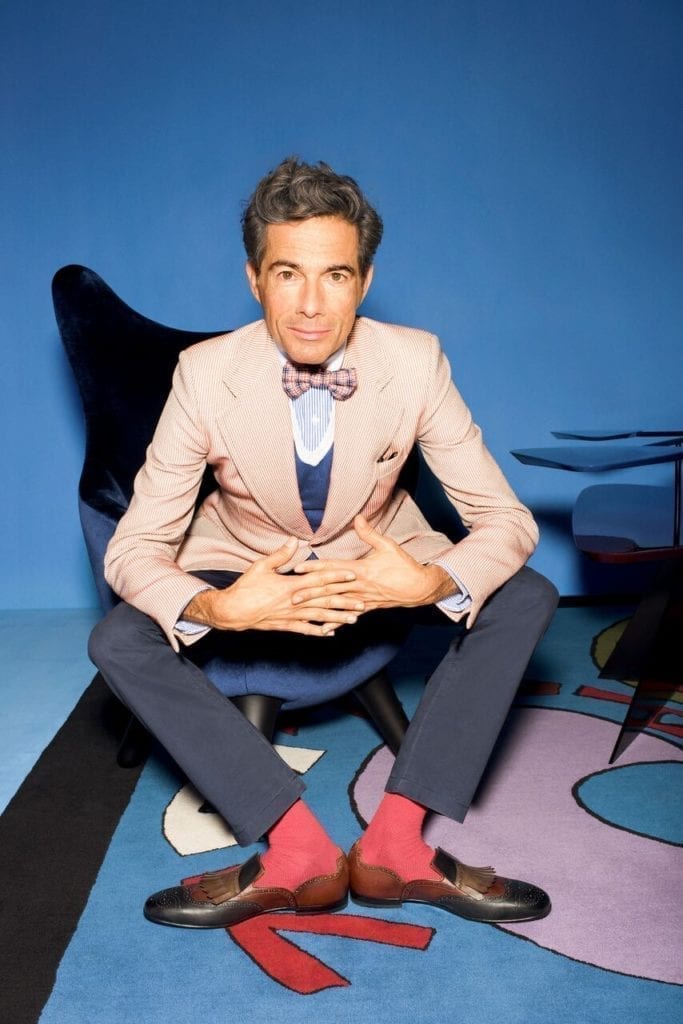 For any enquiry regarding the work of Vincent Darré

Like cats, Vincent Darré has had several lives, slipping from fashion to interior design, making his homes the laboratory for his extravagant creativity. Said to be fantastic and baroque, Vincent Darré is especially free and agile. Undoubtedly his James Thierré side, of whom he has the wick and the tonicity as well as a dandy look.

After his exhibition at the Museum of Art in Toulon, that lasted throughout the summer, he opened his new gallery, the Maison Vincent Darré at 13 rue Royale, a new vision of Decorative Arts in this very Parisian address at the heart of 8th arrondissement. A new concept, a new collection and a new address : those three decisions were all made late 2016 during his auction at Piasa for which he had reproduced his home on the second floor of the auction house. His new collection was designed by January, entitled Renaissance for several reasons. The first objective was to start with a clean slate on which he felt entitled  to rewrite the rules.

Another thread that runs through his work is the vision of his childhood memories, since the day his mother brought him to Italy, where he discovered baroque and its phantasmagoric references in the gaze of the Bomarzo monsters and the grotesque fountains of the Villa Lante. Those gardens forgotten by modernity, survivors of a pagan legend, rich with irrational symbols and follies, have haunted him ever since.

The renaissance in his work would not exist without the craftsmen who endow the furniture with the magic touch of their know-how. Every day, he pays homage to Les Grands Ateliers de France for the pieces manufactured in their workshops. It is as a tribute to them that he has called his latest collection Les Estampillés: the objects from this collection bear the mark of the craftsmen’s hands and are signed by those of Vincent Darré. A very close collaboration indeed.

A theatrical lifestyle that is close to his heart and references an imaginary past. Vincent Darré embodies timeless luxury à la française, as well as decorative arts. The colours of his collections are rich, his pieces follow one another but are always unique, prompting each visitor to shift from one mood to the next. His collection of chairs, sofas and armchairs is a formal invitation to a lively conversation.