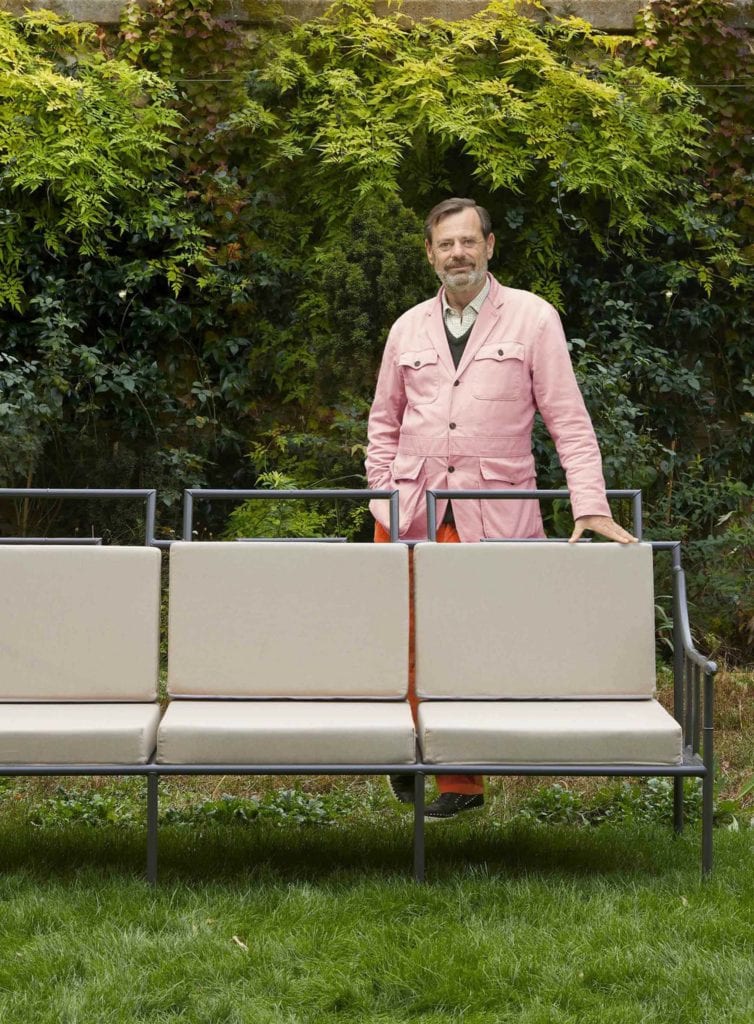 For any enquiry regarding the work of Louis Benech

Background
Louis Benech came to gardening and landscape architecture through a real love of plants. After studying law, he took time off and went to work at the famed Hillier nurseries in England, where he found his one true calling. He then worked as gardener in Normandy and officially began his career in garden design and landscape architecture in 1985. The big breakthrough came in 1990, when Benech was commissioned with Pascal Cribier and François Roubaud to redesign the ancient part of the Tuileries Gardens. Since then, he has carried out over 300 projects – including historic landmarked gardens in the likes of the Water Theatre Grove in Versailles, the Pavlovsk’s rose pavilion in St Petersburg, the Elysées Palace in Paris. Regarded as one of the most remarkable landscape architects of his generation, Benech’s work can be admired everywhere in the world, from Korea to Panama, Peru, Canada, the United States, Portugal, Greece and Morocco.

Signature Style
Louis Benech believes that a garden must tell a story, told in the form of a dialogue between the garden and its owner. In all of his projects, his landscape design and the site’s natural and architectural setting come together in seamless harmony. Ideally, he would like his work to be so subtle that no one would guess he was even there… His wish is to create long-lasting, aesthetically pleasing gardens whilst respecting the site’s history and eco­system, and devoting much attention to sustainable, cost-effective practices.

Showstoppers
Among the hundreds of garden and park projects, both private and public, many stand out for their originality and poetic harmony. Some remarkable gardens are now featured in a beautiful book where the reader can discover Louis Benech’s genius and eclecticism. The Siam outdoor furniture collection, designed by Benech, is an elegant new element in the designer’s vocabulary.